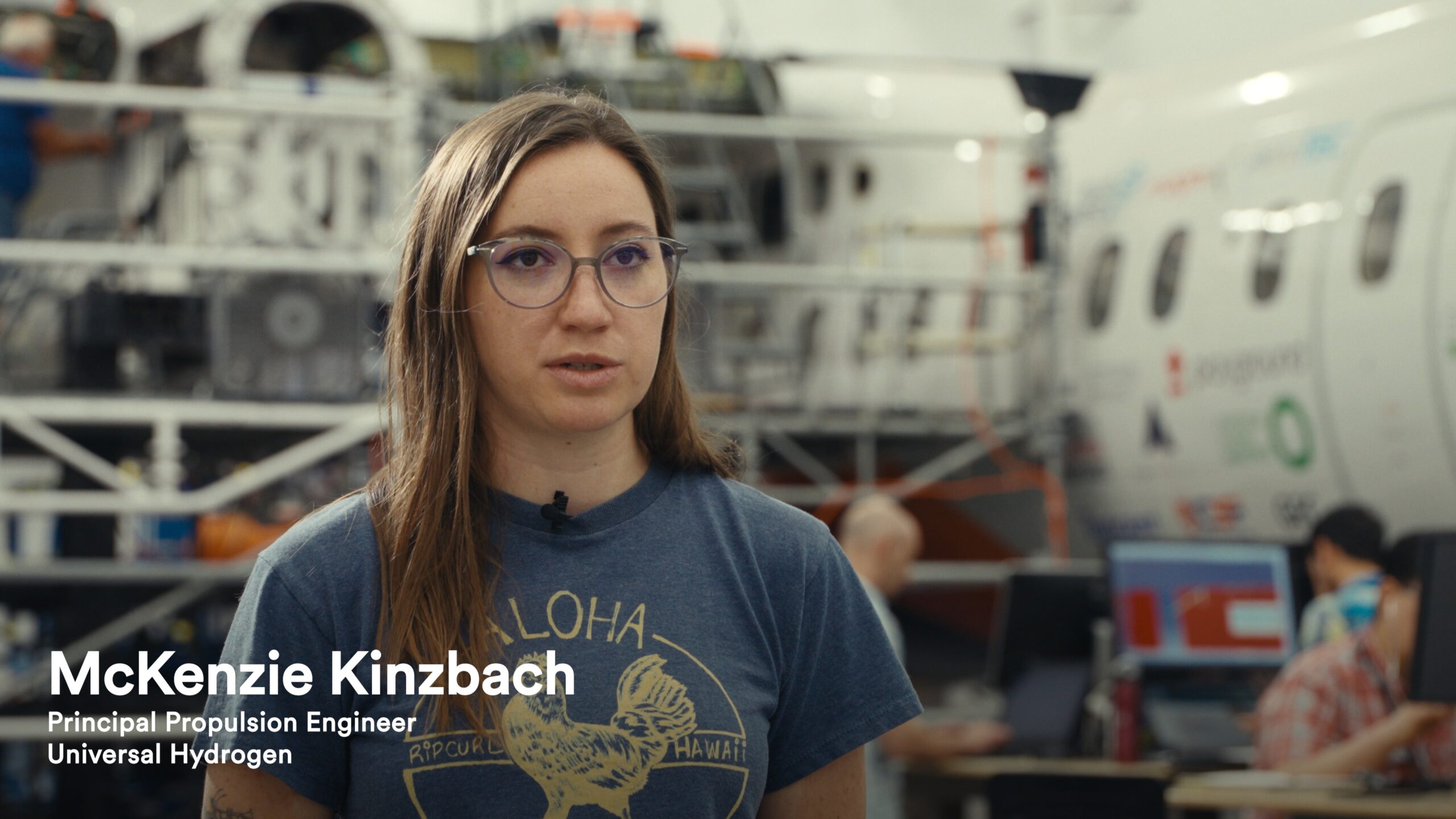 McKenzie Kinzbach is Universal Hydrogen’s Principal Propulsion Engineer, responsible for making sure that the zero-emission hydrogen-based power train we’re building fits together and works the way we expect it to, as well as ensuring that it meets or exceeds all the required safety standards for flight.

McKenzie joined the team in December 2021 as a propulsion engineer after more than four years working at SpaceX. The University of Cincinnati graduate (BS, Aerospace Engineering) was such an accomplished intern that SpaceX hired her for its propulsion engineering team. We’re proud to have her here at Universal Hydrogen, where she’s a critical member of the team integrating all the components and systems in our zero-emission power train.

One of McKenzie’s primary roles is to write all the safety analysis and safety of flight for all the hardware we’re supplying to our “first flight” Dash-8 aircraft. McKenzie is holding our team to a degree of safety that ensures the successful journey of our first hydrogen-powered flight and all those that will follow.

“For normal, everyday people, flying on an airplane is the biggest way to impact your carbon footprint. Eliminating that is going to be a really big deal,” says McKenzie. “To move to carbon-free flight you don’t have to change that much about how you fly or how you operate. It’s not that different. It’s just… better.”